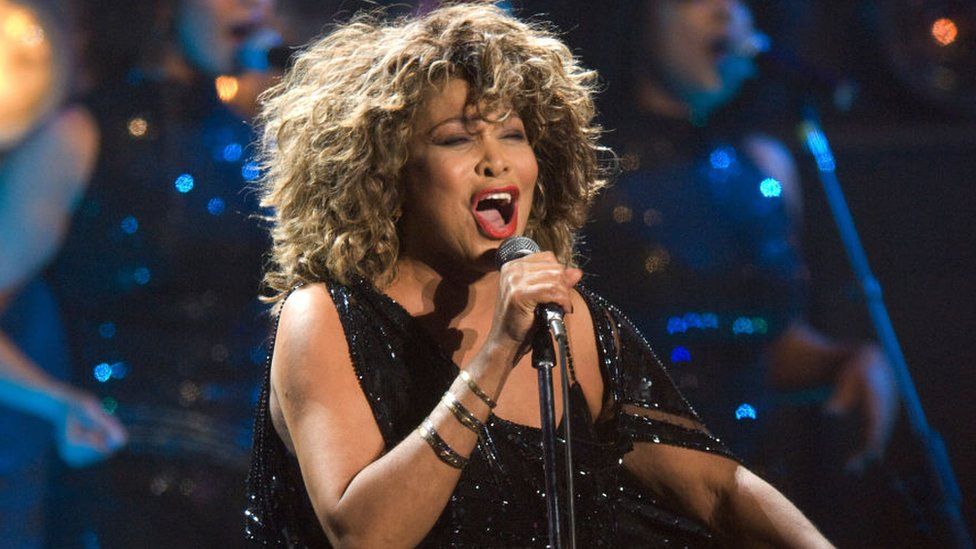 Tina Turner sold the rights to her music catalogue, including hits like The Best and Nutbush City Limits, to music publishing company BMG.

The deal also sees BMG acquire the rights to Turner's name, image, and likeness for future sponsorship and merchandising deals.

The company did not disclose how much it paid, but industry sources said the figure would be north of $50m (£37m).

Turner said she was confident her music was "in reliable hands".

The 81-year-old is one of the most recognisable and vibrant stars in pop music history.

Born Anna Mae Bullock in Tennessee, she joined Ike Turner's band as a backing singer when she was 18. Within two years, she was the star of the show, and the duo scored a string of hits with future R&B standards like A Fool In Love, River Deep, Mountain High and Nutbush City Limits.

Ike and Tina married in 1962, but their relationship was turbulent and violent and she filed for divorce in the 70s.

Turner's solo career quickly eclipsed that of her partnership with Ike, with five platinum albums including 1984's Private Dancer, which went three times platinum in the UK.

Her biggest hits include that record's title track, What's Love Got To Do With It, The Best, Steamy Windows and the Bond theme Goldeneye.

She has received 12 Grammy Awards and will enter the Rock & Roll Hall Of Fame as a solo artist in October - her second induction after entering the pantheon with Ike Turner in 1991.

The deal with BMG sees her handing over her share of the recording and publishing rights for those hits and dozens more, spanning the six decades of her career. Warner Music will remain the record company distributing the star's music.

"We are honoured to take on the job of managing Tina Turner's musical and commercial interests. It is a responsibility we take seriously and will pursue diligently. She is truly and simply, the best."

He said the company intended to introduce Turner's work to new audiences, particularly on streaming and music-focused social media platforms like TikTok.

"Like any artist, the protection of my life's work, my musical inheritance, is something personal," said Turner in a statement.

"I am confident that with BMG and Warner Music, my work is in professional and reliable hands."

The star has largely been in retirement since 2009, but interest in her work has surged thanks to the 2021 HBO documentary Tina, and a West End musical based on her life, Tina.

She is the latest artist to cash in on the value of their back catalogue, following in the footsteps of Blondie, Shakira and Fleetwood Mac's Stevie Nicks.

The deals give superstar artists and writers a guaranteed windfall, while the new owners collect royalties every time the songs are streamed, sold or placed in movies.

The pandemic seems to have accelerated the trend, with rock legend David Crosby saying he was forced to sell his songs to Irving Azoff's Iconic Artists Group in March because of his "inability to play live".

"I can't work ... and streaming stole my record money," he explained in a tweet while the deal was being negotiated.

"I have a family and a mortgage and I have to take care of them so it's my only option... I'm sure the others feel the same."