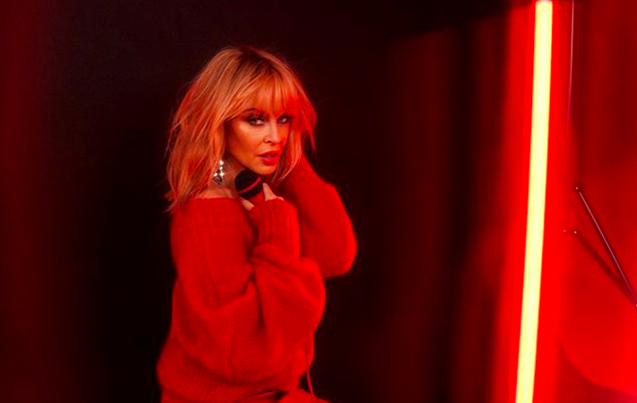 Unveiling the track on BBC Radio 2, Kylie said: "It's like this gigantic song and yet it's very heartfelt at the same time. When you see the video it's like a galactic disco.

"This song is about all of our eternal quest for love and the searching and knowing that there's something or someone out there that you can relate to and makes you a better person."

Kylie wrote Say Something last year with longtime collaborators Biff Stannard and Ash Howes, plus Jon Green, who worked on her last album Golden. The song's music video, which is out next month, is directed by Sophie Muller.

"It felt like the one to go with first," she said of the song. "There's a lot of room for emotion within [it], however you feel - whether you just want to shut you eyes and dance, or cry."

Say Something is the lead single from Kylie's upcoming fifteenth studio album, DISCO, which is released on November 6. The singer confirmed a second single would be released before the album drops.

"The theme for the album is disco, which took a little while to find what my interpretation of that is," she explained. "There's definitely a balance of fun, pure escapism and then... that emotional element.

"It's pretty much a party. At this rate it might be a kitchen disco or lounge disco."