Journey is back with a new lineup and new music 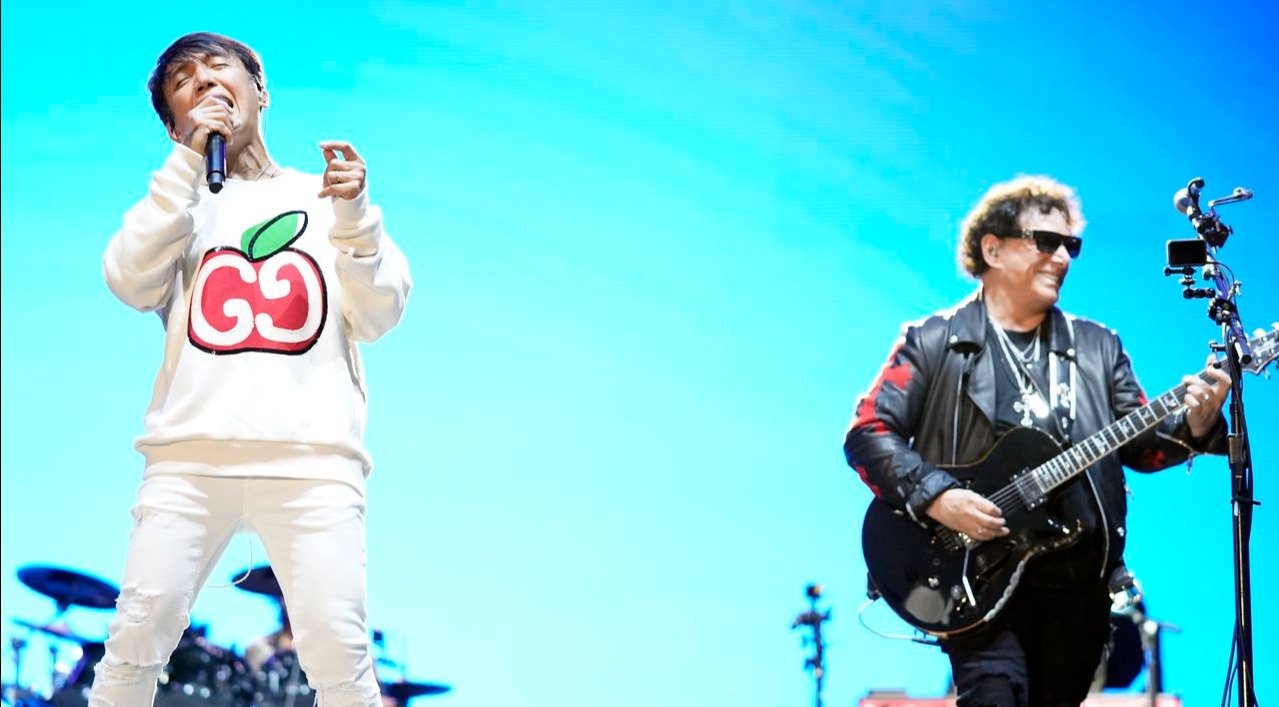 Journey’s members have a simple message for those who figured it was a band least likely to headline at Lollapalooza, a festival that’s long celebrated the current and cutting edge.

The group, a Rock and Roll Hall of Fame inductee in 2017, indeed won raves and a big Hulu TV audience for its July 31 performance in Chicago’s Grant Park, which had tens of thousands singing along to “Don’t Stop Believin’” and the group’s parade of other hits. It’s part of a series of post-pandemic shows Journey, debuting a new lineup, has been playing this summer, with a Las Vegas residency slated for December.

And all that has been accompanied by new music. A single and animated video, “The Way We Used to Be,” came out in June, and Journey has recorded a new album -- its first since “Eclipse” in 2011 -- though it hasn’t yet announced a release date.

“Journey has become a crossover with kids, more than people realize,” says Jonathan Cain, keyboardist and guitarist since 1980 and a chief architect behind Journey’s nine-times platinum “Escape” album, celebrating its 40th anniversary this year. “There’s a lot of factors there. ‘Don’t Stop Believin’’ was in ‘The Sopranos’ (finale), and on ‘Glee.’ It’s the most-performed karaoke song, one of the top five wedding songs, and then you have ‘Open Arms’ and ‘Faithfully’...

“We have permeated the young culture, and we still have the fans who were with us back when everything happened. We’re very blessed in that way.”

This Journey resurgence, in fact, comes after one of the darker chapters in the band’s 48-year history.

It was only a few years ago, back in 2017 that guitarist and co-founder Neal Schon was sniping at his bandmates, primarily Cain, via social media, even as the group was touring together. The issues, other than a band visit to the White House (Cain’s wife, televangelist Paula White, was one of Donald Trump’s advisers) were unclear and seemed to have little effect on the band’s performances.

Now Schon -- who formed the band in 1973 after a tenure with Santana -- acknowledges that “there was a period there where some things weren’t really right, and it took time to figure out what was going on and what to do about it.” And those things became clear on March 3, 2020, when Schon and Cain announced they’d fired co-founder and bassist Ross Valory and longtime drummer Steve Smith for an alleged “attempted corporate coup d’état” to take over the Journey and all of its trademarks.

Valory and Smith were supported in a countersuit by former frontman Steve Perry and former manager Herbie Herbert, but Schon and Cain moved forward while the matter was being litigated.

“Everybody wanted to own the brand, and I felt there was a takeover going on,” says Schon, who had started another band, Journey Through Time, that included Santana bandmate Greg Rolie, another Journey co-founder. One of the group’s old managers, in fact, even suggested Schon should quit the band he started, which only strengthened his resolve to establish new order to the group, which has sold more than 80 million albums worldwide.

“The ship is not going down. No one’s stealing the brand,” declares Schon, 67, who’s limited by the legalities from talking about too many specifics. “Things took a turn, businesswise, that I didn’t like, and that Jonathan didn’t like and we decided not to go along with it. There were a lot of unrealistic statements that were being made by different people and us not really talking and just believing what others were saying.

“Once I actually sat and talked to Jonathan, we cleared everything up and got rid of the divide-and-conquer scenario and realized we had a lot more to say musically together, as brothers.”

Journey also changed management and did some other housecleaning and legal reshuffling, as well as working on settling trademark issues that hadn’t been firmly established in the past.

“It was sort of a shocking thing, that brothers had come to that,” Cain says. “We had to sort it out. You get lemons, you make lemonade -- what else are you gonna do? It’s probably not that out of the ordinary for bands to do this kind of stuff, and it’s usually based on greed or whatever. I really am glad it’s behind us, that’s all -- and I wish everybody well, really. I have no ill will towards anyone.”

Journey now comprises Schon and Cain, as well as Arnel Pineda, the Filipino singer who joined in 2007 after Schon saw his performances of Journey songs on YouTube. Randy Jackson of “American Idol” fame returns in the bass slot, which he filled from 1985-87 -- though Marco Mendoza is filling in while Jackson recovers from back surgery. New to the lineup is Narada Michael Walden on drums, while Jason Derlatka, who’s been a hidden adjunct member for live performances, is now a full-time member on keyboard.

“We’re moving forward -- that’s all I can tell you, man,” says Schon, who put out an instrumental solo album, “Universe,” last fall and last month auctioned 112 of his guitars for more than $4.2 million. “It still sounds like Journey, but there is definitely a different strut in the rhythm section with Randy and Narada. It’s bombastic. It’s rocking. It’s majestic, and it’s soulful.

“I believe we got in a bit of a rut, for me, in the latter years of just playing exactly the same thing every night. It doesn’t have to be like that. We have so much material, and I think it’s great music and can all be brought to life in a new way and an updated way. That’s what we’re pursuing now.”

Journey has more than 20 songs it’s been working on for the new album, much of it being worked on remotely between Schon and Walden on the West Coast and Cain in Nashville and Florida. “The Way We Used to Be” is a case in point, growing from a piece of music Schon and Walden constructed and then sent to Cain for lyrics and additional melody.

“The lyric has a sort of angst to it, and the question was ‘can we ever get back?’” explains Cain, 71, who also released a new Christian rock single, “Oh Lord Lead Us,” last month. “There’s that frustration of being separated, by the pandemic, and a little fear in it. It just had enough for me to go, ‘OK, then we’ll just put a little R&B thing on it and story tell it and get to that chorus, which fit right into what (Schon) had.”

Both Schon and Cain say the new album is in its finishing stages. It has a tentative title that they’re not revealing yet, but the package is being designed by Jim Welch, who worked with the band on several albums, including “Infinity,” “Departure” and “Escape.” “It’s typical Journey, I think,” Cain says. “We’re back to our old sound, but it’s got a little bit more on the bottom end. It’s got fire. It’s just a little bit more edge to it. Neal’s playing his butt off, and it’s very driven, very cool. The songs came very interestingly. I like it a lot.”

For Schon, meanwhile, “I’m just all about moving forward right now. I’m making so much music and there are so many positive things happening. I’ve bought a lot of new guitars and I’m having a blast playing. We’ll get all this other (stuff) taken care of and behind us, and then it’s just full speed ahead. I can’t wait.”