José Feliciano almost got his career derailed at 23. Then came 'Feliz Navidad.' 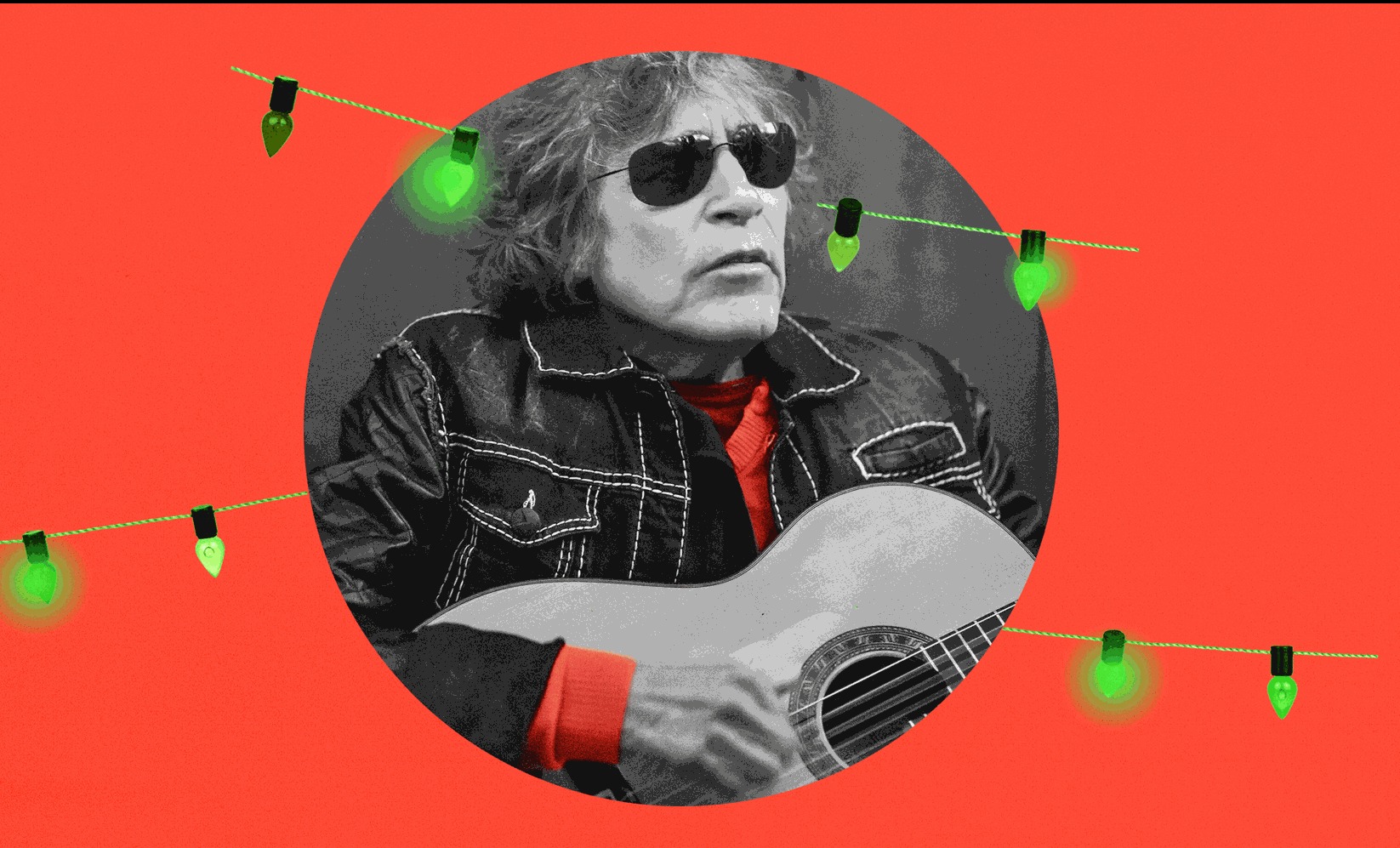 For years, guitarist and singer-songwriter José Feliciano has been wishing listeners a merry Christmas in his holiday staple “Feliz Navidad.” This month the song turns 50, giving Feliciano the opportunity to reflect on the impact it has had on his multi-Grammy-winning career.

Feliciano recalled that during the recording of his 1970 Christmas album, titled "Feliz Navidad," producer Rick Jarrard suggested he try his hand at writing his own holiday carol. Slowly, the guitar chords came to Feliciano and soon he was adding accompaniments from Puerto Rican instruments like the cuatro as an homage to his birthplace.

The lyrics had to match that energy. Feliciano hoped he could teach native Spanish-speaking individuals English and bring unity to both cultures. Feliciano, 75, is widely recognized as being the first “crossover Latin artist” to break into the English market, as The Associated Press once noted.

His song sought to convey the joyous holiday season with an upbeat rhythm like few other more traditional carols at the time, he said. At only 20 words in English and Spanish, Feliciano still can’t believe he wrote the song. Without the encouragement from Jarrard, Feliciano said he never would have attempted to create a Christmas song.

“I started panicking,” he said. “Because so many great Christmas songs have been written by Irving Berlin, people like that. And I thought, well, how am I going to write a song that can keep up with those songs? ... Rick Jarrard had said to me, ‘I want you to write a Christmas song, can you write one?’ I said, ‘Well, you know, Rick, I never attempted it. But let's give it a try.’”

"Feliz Navidad" has been covered by artists including Celine Dion, Luciano Pavarotti and Kacey Musgraves. Feliciano said he loves all renditions, but he especially appreciates the ones performed by fans, calling special attention to one performance in which the North Point's iBand played “Feliz Navidad” using only music apps on devices.

Every December, the song has dominated the radio. In addition, ASCAP released a list in 2014 of the 30 most-performed ASCAP holiday songs of all time, and "Feliz Navidad" ranked 21st.

Often considered one of the greatest living guitarists, Feliciano's career was nearly derailed before it began. During Game 5 of the 1968 World Series in Detroit, Feliciano, then 23, was invited to sing “The Star-Spangled Banner.”

Seated on a stool in center field, Feliciano played a soulful rendition of the national anthem. In the aftermath of the song, baseball fans reigned down boos upon a confused Feliciano. No one had ever played fast and loose with the arrangement and people thought it was an offensive display.

Radio stations boycotted his music, and there was even a movement to deport Feliciano, he recalled. “You can't deport someone who is already a protectorate of the United States,” he laughed, referring to the fact that Puerto Rico is a U.S. territory and Puerto Ricans are U.S. citizens.

Because of its undeniable crossover appeal, “Feliz Navidad” was the hit that put Feliciano squarely back on the airwaves.

His groundbreaking performance allowed future artists to perform the national anthem with their own personal touch, including Jimi Hendrix, whom Feliciano said he admires to this day. When he was touring, it was common for Feliciano to perform Hendrix’s equally contentious 1969 Woodstock version of the anthem. Fans are always stunned that he can play electric guitar, he added.

Feliciano’s “Feliz Navidad” has received a makeover with a rerecording, now available on Amazon Music, featuring 30 all-star artists spanning the world. Helen Murphy — whom Feliciano calls “The Murph” — is the CEO of Anthem Entertainment Group Inc., and said some of the artists on the new version include Lin-Manuel Miranda, Jason Mraz, Isabella Castillo and Gloria Gaynor.

Murphy recalled that in the midst of the pandemic, the son of popular Argentine singer Leo Dan — who is on the anniversary single — met Feliciano to record in a full hazmat suit.

“It's his music that draws people together on Christmas Eve to be together to share music and meals and family,” she added.

The admiration is mutual, as Feliciano attributes his comeback to the tireless work of Murphy. Not only did she direct the 2020 documentary “José Feliciano: Behind This Guitar,” but she also wrote the children’s book “José Feliciano’s Feliz Navidad” and got Feliciano back in the studio.

Filled with expressive illustrations, the book sees Feliciano as a superhero flying in a red convertible spreading holiday cheer around the world on Christmas Eve with his Christmas anthem. It’s fitting that there is both a Spanish and English version of the book. In fact, Murphy’s daughter wrote the translation.

“In español, not escarole,” Feliciano said, laughing in response to Murphy’s pronunciation.

Feliciano rejects the idea he is a hero, but is humbled by the comparison. As a point of emphasis, during the interview with TODAY he sang the opening lyrics “Let me go, I don't want to be your hero” from the single “Hero” by Family of the Year.

“I don't want to be a hero, even though I've been designed as such,” Feliciano said. “If people are happy with what I've done, if other artists follow me and say that I opened the doors for them, I'm glad. At least I did something with my life instead of sitting on my a-- all my life and not doing anything.”

“I don't think anyone would accuse you of that,” his wife, Susan Feliciano, said.

She added that José Feliciano didn’t let the coronavirus pandemic slow down his plans. Both Susan Feliciano and Murphy said that the pandemic has actually granted him the time to focus on numerous projects he wouldn’t have likely been able to do on a busy touring schedule.

At the start of 2020, José Feliciano released the album “Behind This Guitar,” which mostly features reimagined cover songs like Fleetwood Mac’s “The Chain.”

“I put so much time into this album,” Feliciano said. “Helen was trying to bring me back to the people. And you know what, she has. And I think people will discover it after this pandemic is gone, and I'm still here, man. I haven't gone anywhere.”

The album concludes with a current version of “Feliz Navidad.” Fifty years later, Feliciano’s jubilant holiday wishes sound like they are still coming from the bottom of his heart.

“To my fans about ‘Feliz Navidad,’ I hope you never get tired of it,” he said. “And if I'm still alive by then, we can celebrate the hundredth year of ‘Feliz Navidad.’’’