Gaps in music: The neuroscience of pauses 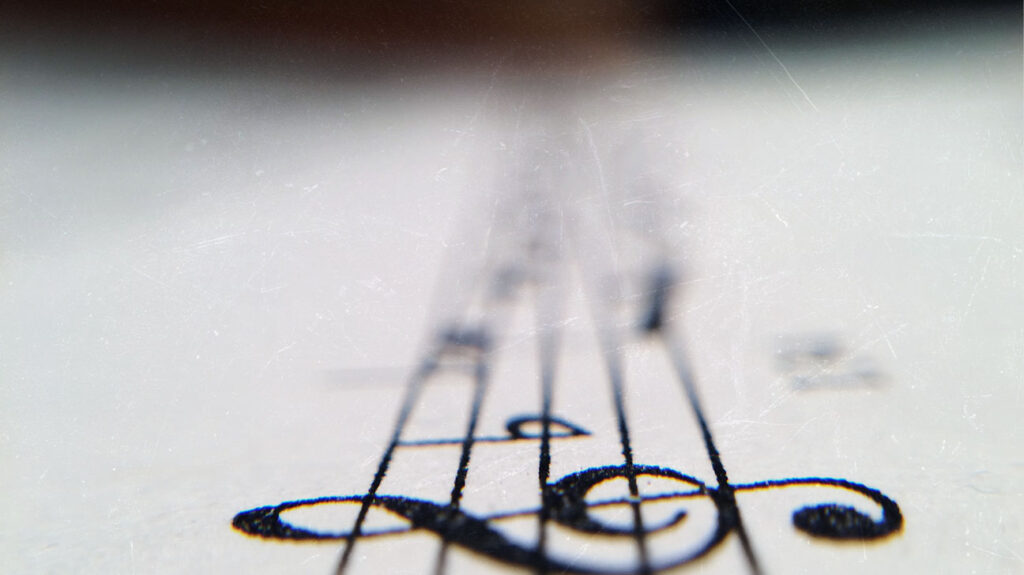 Dr. Di Liberto and colleagues measured the brain’s activity during imagining hearing a piece of music and actually hearing the same piece of music. The scientists chose highly trained professional musicians as the focus of their study.

The team chose to focus on musicians because they are trained to precisely and accurately imagine music. They can create music in their mind while reading a score, even without hearing a sound or touching an instrument.

Also, musicians are able to anticipate, or predict, better than people who are untrained in music what notes are coming next.

However, their brains can better predict notes even if there is a silence in the music. The mismatch between what we expect to hear and what we actually hear is part of the pleasure of listening to music and what maintains our attention.

Medical News Today spoke with Dennis Kim, concertmaster and solo violinist with the Pacific Symphony of Orange County in California. He discussed the role of silence, such as rests and pauses, in music performance.

“Musically, the pauses and the rests are sometimes the most important part of the music. At times, the silences in the piece are more powerful than the actual music. Artistically, musicians have passed down the importance of the rests from generation to generation — and this is how I teach.”

Scientists  musicians for creativity and improvisation tasks with functional MRI (fMRI). By measuring blood oxygen levels in the brain with a specialized MRI technique, prior researchers have observed that human brains show activation in several areas — including the  and  — while listening to music.

In the two recent studies, the scientists employed a novel approach. They used EEG tests to study the rapid-fire electrical signals that occur when musicians imagined or listened to music.

Electrical signals provide an added dimension, as they can be either positive or negative, known as waves or peaks. This fluctuation provides detailed information about the brain’s subtle activity.

However, the researchers also discovered something else: The brain can modulate electrical activity according to sounds or silences matching our expectations.

They established that while listening to music, the brain is also predicting the music just as it is when people imagine hearing it. This means that listening involves two processes: auditory processing and cognitive predicting.

Speaking with MNT, Dr. Di Liberto said, “Predictive processing theory has been studied for a long time, but prediction signals have proven difficult to measure.”

In part one of the study, the researchers asked 21 professional musicians from the Conservatoire National Supérieur de Musique in Paris to read music scores while only imagining the music, meaning reading scores without hearing or playing the music, and while listening to the music.

The researchers asked the participants to study the scores, and play them briefly, first. Then, while undergoing an EEG test, the musicians listened to and then imagined four Bach chorales multiple times.

The study authors discovered that the neural signals underlying musical imagery were measurable and that these signals were related to melodic expectations or predictions — that is, what the musicians expected to hear from their study and score reading.

In a second experiment, the researchers studied 21 professional musicians in similar conditions to those in the first study.

By studying the musicians while both listening to music and during their musical imagery tasks, the scientists found a strong similarity between the neural activity during imagination and the silence of music.

Dr. Di Liberto explained: “If you listen to music, you know the structure, you know what the following notes could and could not be. The brain does two things at the same time. The brain is responding to sound, and then your brain is trying to predict the next sound.”

“When we study silence, there is no sound, so all you are measuring (by EEG) is what is going on internally in the human brain. These are prediction signals.” Dr. Di Liberto added that the brain actually “updates” its predictive model and performs predictions of the subsequent notes and silences.

“Our results show something new and exciting: Encountering silence produces prediction responses that change with expectation.”

Kim offered some thoughts on why musical silence creates such a strong reaction during a performance by explaining how a musician feels during the final silence.

“There is one silence that is present in every piece: the end of the piece. If a performance is at a high level, the conductor holds his hands up, and 15 seconds later, the audience starts clapping. That moment is magical,” Kim told MNT.

“And it’s not written by the composer. That pause is so special, you can’t put it into words. Sometimes it’s an intensity, sometimes it’s relaxing, sometimes it’s euphoric: It can be any emotion. And the feeling for each listener can be completely different — listening to the same piece.”

Dr. Di Liberto reflected, “We have identified a neural signal that reflects that importance, i.e., such silences are processed by our brain as new information, making them an essential part of the music perception process.”

“This finding is about music, and we find it intriguing,” Dr. Liberto continued. “But note that music can also be considered a framework to isolate brain activity: the task of imagination and prediction. It does explain what silence means for music. Even if there is no sound, your brain is encoding it.”

“Prediction signals are there,” he explained, “and the ability to imagine is part of the prediction. The implications are beyond music. We expect to apply this science to speech and many other brain activities.”

People with dementia can retain strong abilities to play music, but their ability to name pieces of music tends to wane.

Changes in the processing of sound may be an early feature of Alzheimer’s disease and other neurodegenerative conditions. The expected prediction signal in musical silences may be impaired and provide an early warning of impaired cognitive processing of both music and speech.

Listening to music while undergoing an EEG test could, therefore, become a new cognitive assessment tool and may be a focus of future studies in this area.