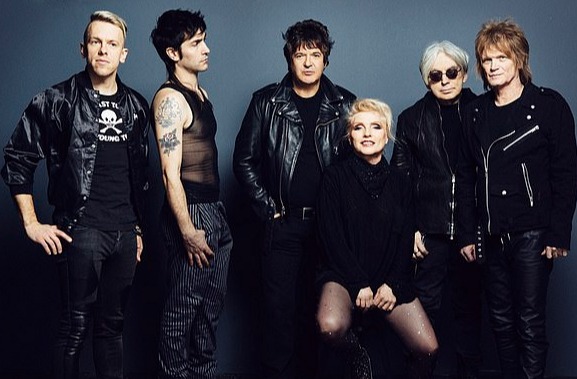 At 75, most people are putting their feet up and enjoying retirement.

The lead singer of US rock band Blondie has announced that they will be crossing the pond to play ten dates in cities around the UK in November.

Debbie, who formed the group with guitarist Chris Stein in 1974, said announcing the news during a pandemic was a ‘sign of positive thinking’ as she also revealed that they have been working on new music.

She said: ‘I miss terribly being in the UK and would really like to tour again and play music. It’s going to be quite a long time before I get to do anything.

‘It was a very abrupt transition – there really was no transition. All of sudden it was cut off. I was supposed to get back to work on March 4 and boom, it was gone.’

Debbie added: ‘We have started working on new material but because of the prohibition we haven’t tried to get into the studio as a group. I think it is all theoretical actually.’

Blondie, whose biggest hits include Call Me, Atomic, Heart of Glass and Sunday Girl, were inducted into the Rock and Roll Hall of Fame in 2006.

The band will perform across the UK in cities including London, Manchester, Cardiff and Glasgow.

The announcement comes after Debbie revealed that she struggled to keep up with her previous heroin addiction, because she despised having to acquire the drugs herself.

The 75-year-old Blondie star admitted that even at its peak, her drug-taking was intermittent, as she refused to take anything while she was in work mode.

'Drugs are a funny thing. The thing that drove me away from taking them was having to acquire them and what a drag that was.

'It was kind of a full-time occupation and a waste of time. It became unpleasant. Luckily for me I was able to handle the withdrawal.'

Among her past harrowing experiences were escaping an abduction attempt by serial killer Ted Bundy, and losing nearly all the money she'd earned from selling 40 million albums because of bad management deals and tax bills.

During her wide-ranging interview, the iconic musician spoke candidly about her being seen as a pioneering icon for women in rock.

'I was saying things in the songs that female singers didn’t really say back then,' she wrote in her book of her band's early years.