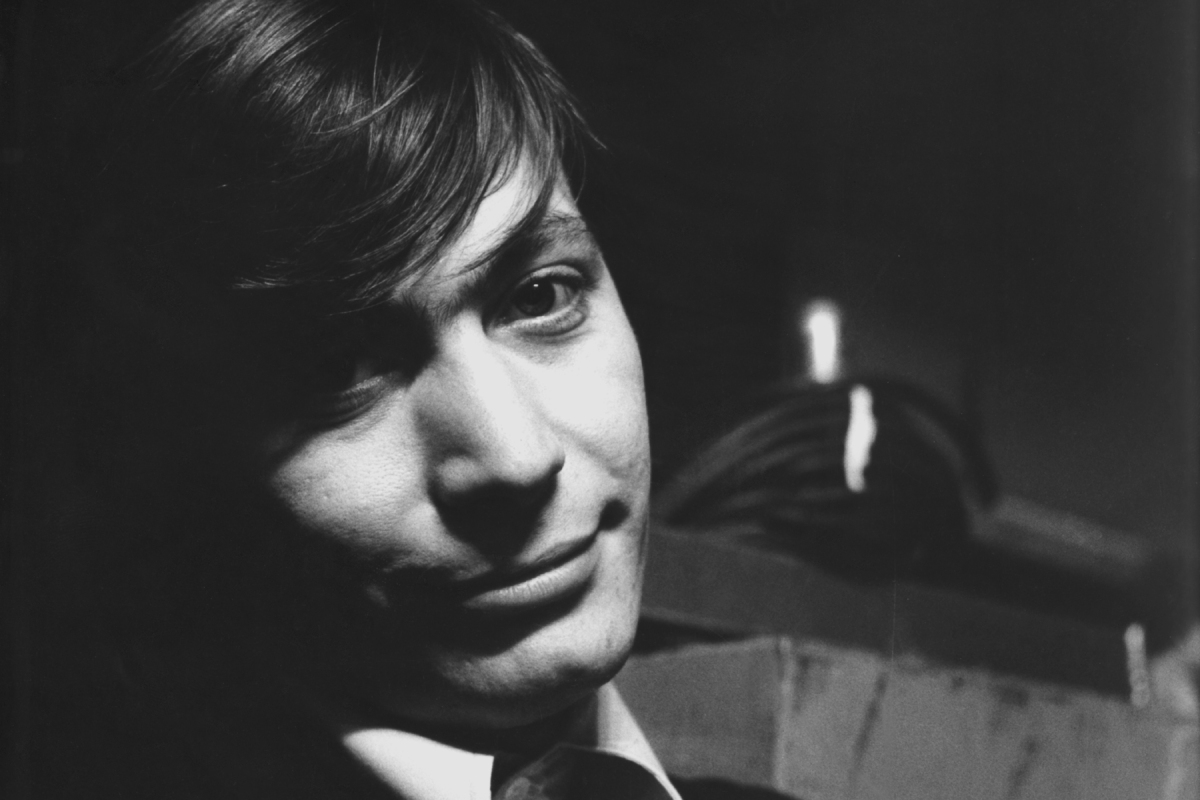 Charles Robert “Charlie” Watts, the Rolling Stones’ drummer and the band’s irreplaceable heartbeat, has died at age 80. No cause of death was given.

Watts’ publicist confirmed his death in a statement. “It is with immense sadness that we announce the death of our beloved Charlie Watts,” it read. “He passed away peacefully in a London hospital earlier [Tuesday] surrounded by his family.” The statement referred to Watts as “one of the greatest drummers of his generation” and closed by requesting that “the privacy of his family, band members, and close friends is respected at this difficult time.”

Watts’ death comes several weeks after it was announced that the drummer would not be able to perform on the Rolling Stones’ No Filter Tour of U.S. stadiums. “Charlie has had a procedure which was completely successful, but his doctors this week concluded that he now needs proper rest and recuperation,” a rep for the band said in a statement at the time. “With rehearsals starting in a couple of weeks, it’s very disappointing to say the least, but it’s also fair to say no one saw this coming.”

It was hard to imagine the Stones without Watts even then, though. His light touch, singular rhythmic sense, and impeccable feel, as heard on canonical rock songs such as “Paint It, Black,” “Gimme Shelter,” and “Brown Sugar,” made him both the engine that powered the Stones’ music and one of the most famous and respected drummers of all time.

As Keith Richards said in 1979: “Everybody thinks Mick and Keith are the Rolling Stones. If Charlie wasn’t doing what he’s doing on drums, that wouldn’t be true at all. You’d find out that Charlie Watts is the Stones.”

And yet, Watts was very different from the rest of the Stones. His dapper dress sense — Vanity Fair elected Watts to the International Best Dressed List Hall of Fame — was ultimately more in line with the jazz he loved and sometimes played than rock & roll. Watts also famously remained faithful to Shirley Shepherd, his wife since 1964, which set him somewhat apart from his excessive, hard-partying bandmates.

Unlike born road warriors such as Keith Richards, Watts often seemed uninterested in touring and gave the distinct impression the Stones was a job more than a calling or a lifestyle choice. His battle with drugs and alcohol in the mid-Eighties was, like many things about the man, largely private. “I’m big on letting people do what they want, which doesn’t make for good bandleaders,” he told Rolling Stone in 1991. “If I had led the Rolling Stones, they wouldn’t have gotten anywhere. We’d still be running around trying to find an amp, 30 years later.”

“We’ve lost one of the prime architects of the backbeat to rock & roll, from the Sixties until now,” says the Doors’ John Densmore, who calls Watts “one of the great timekeepers” of the music. “He used an old-school jazz stick grip and also did not hit his hi-hat with his right hand when he hit that backbeat with his left. Those two quirks gave Charlie his unique feel. He was the motor driving the Stones down the tracks. When you master great time, you achieve timelessness.”

The Stones’ longtime keyboardist, Chuck Leavell, said, “I am devastated at the passing of one of my heroes, one of my peers. There has been no man more effortlessly elegant and more beautiful than Charlie Watts. His timing and beat was always impeccable, his touch delicate yet stabilizing, powerful. On stage, I would stare at his face and marvel at his ability to be the coolest cat among the coolest cats around. It has been the honor of my life to have played with him in studio and in concert over the last 40 years, and to have called him a friend. RIP Charlie. I miss you already.”

Mick Fleetwood penned an open letter/tribute to Watts on behalf of himself and Fleetwood Mac, writing, “I, like so many, are sad today… However, knowing there are no words, still I’m driven to say to you… ‘You, in life, had style!!’ You as a player were above and beyond!! You are my dream come true!! No one could drive a band like you!! Most of all, again, the meaning of style comes to mind… For sure… in simply everything you did!!!Family took such focus in your life…in an often-unfocused world you lived in. And in the best of humor…my God you were one hell of a sharp dresser!! With SO much respect…and support to your family There is now you, to keep the two and four, and MORE!! You will be missed by so many… Love and respect.”

Steve Winwood said, “I met Charlie in 1965 when we toured with the Stones on a package theatre tour, I had the pleasure of playing with him on several occasions since then, and he was very supportive and a thoroughly nice man.
Besides that he was a brilliant drummer with his own special technique and definitely throughout the years was the defining groove of the Rolling Stones.”

Ry Cooder, who played guitar with Watts, Jagger, and Bill Wyman on their 1972 Jamming With Edward! album, told Rolling Stone, “Didn’t Mick once declare, ‘We back up Charlie,’ or words to that effect? Amen! I remember Charlie’s bag was loose, relaxed, swinging. He played his drums, he didn’t beat on them.”

The Kinks’ Ray Davis remembered, “I was in a pub in Soho where Musicians used to get gigs, Charlie Watts was at a table finishing up his drink and he said, ‘I have been asked to join The Rolling Stones,’ and I said, ‘Do it they’re a good band.’ Charlie was a classy guy, knew his Jazz, unmistakable style, good bloke and will be greatly missed.”

And acclaimed session drummer, Jim Keltner, said, “I can just only tell you that Charlie was as dear a friend as anyone could ever hope to have. We all are going to miss him terribly! Our great drumming community is gradually thinning out. That’s the way this is all designed. It still really hurts, though.”

On Twitter, Elton John praised Watts as “the ultimate drummer. The most stylish of men, and such brilliant company.” Brian Wilson wrote, “I’m just shocked to hear about Charlie Watts. I don’t know what to say, I feel terrible for Charlie’s family. Charlie was a great drummer and I loved the Stones music, they made great records.” Pearl Jam’s Mike McCready said, “The Rolling Stones have always been my favorite band, and Charlie was the engine of subtle and heavy grooves. I’ll put on ‘Sway’ which is my favorite song of all time. Any of us in a rock band wouldn’t be here if it hadn’t been for Charlie.” And Joan Jett called Watts “the most elegant and dignified drummer in rock and roll. He played exactly what was needed — no more — no less. He is one of a kind.”

Watts was born on June 2nd, 1941, in London, the son of a lorry driver. A jazz fan and 78 collector from an early age (Miles Davis, Dexter Gordon, and Charlie Parker were particular favorites), he took up the drums around age 14, sleeping in his favorite suit now and then to give it the same look as Parker’s. Watts played in jazz combos until 1962, when he started splitting his time between playing in Alexis Korner’s Blues Incorporated and working as an ad-agency graphic designer.

He was not the Stones’ first drummer. The band played its first gig in 1962, with the lineup of singer Mick Jagger, pianist Ian Stewart, guitarists Keith Richards and Brian Jones, bassist and future Pretty Things leader Dick Taylor, and drummer and future Kink Mick Avory.

For all of his low-key skill behind the kit, Watts seemed well aware that he was an irreplaceable element of the Stones’ sound. As one famous story from the band’s heyday goes, Jagger once phoned Watts’ hotel room in the midst of an all-night party, asking, “Where’s my drummer?” Watts reportedly got up, shaved, dressed in a suit, put on a tie and freshly shined shoes, descended the stairs, and punched Jagger in the face, saying, “Don’t ever call me your drummer again. You’re my fucking singer!”

As much as Jagger’s lyrics or Richards’ riffs, Watts’ timekeeping on key Stones songs made them key Stones songs. The loose, almost jazzy feel on “19th Nervous Breakdown,” his groove lock with Richards on “Beast of Burden,” his extraordinary control with a very odd rhythm on “Get Off of My Cloud,” the bounce of “Jumpin’ Jack Flash,” his ice-cold snare on “Gimme Shelter” — all of these are masterclasses in serving the song and shaping it at the same time.

In addition to his brilliant drumming, Watts also used his design skills to craft various tour stages, including the 1975 lotus stage, the 1989-90 Steel Wheels tour, the Bridges to Babylon tour, the Licks tour, and the Bigger Bang tour.

Away from the day job, Watts was a frequent jazz player. In 1986, he debuted the 32-piece Charlie Watts Orchestra, which was full of contemporary British jazz players. In 1991, with the Charlie Watts Quintet, he released From One Charlie, a tribute to Charlie Parker which included his little-seen Sixties children’s book Ode to a Highflying Bird.

In June 2004, Watts was diagnosed with throat cancer, which was treated and went into remission. His revival seemed to bring a renewed energy to the Stones, with whom Watts continued to play for his entire career.

When not playing music, Watts and wife Shirley owned an Arabian horse farm. The couple has one daughter, Serafina, and a grandchild, Charlotte.

“I love this band, but it doesn’t mean everything to me,” Watts said in 1981. “I always think this band is going to fold up all the time — I really do. I never thought it would last five minutes, but I figured I’d live that five minutes to the hilt because I love them. I don’t care if I retire now, but I don’t know what I’d do if I stopped doing this. I’d go mad.”