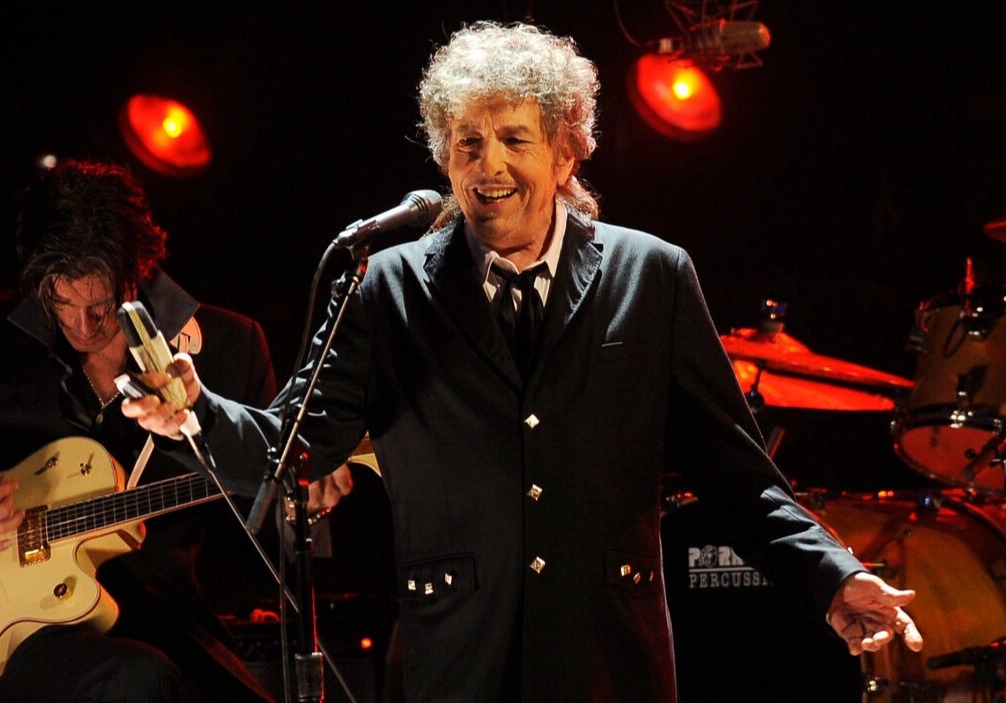 Bob Dylan’s memoir “Chronicles: Volume One” opens in 1962 with the signing of his first music publishing deal — a contract for the copyrights of the budding songwriter’s work. The terms of that agreement, brokered by Lou Levy of Leeds Music Publishing, met young Dylan’s approval.

“Lou had advanced me a hundred dollars against future royalties to sign the paper,” he wrote, “and that was fine with me.”

Fifty-eight years, more than 600 songs and one Nobel Prize later, the cultural and economic value of Dylan’s songwriting corpus have both grown exponentially.

On Monday, the Universal Music Publishing Group announced that it had signed a landmark deal to purchase Dylan’s entire songwriting catalog — including world-changing classics like “Blowin’ in the Wind,” “The Times They Are A-Changin’” and “Like a Rolling Stone” — in what may be the biggest acquisition ever of the music publishing rights of a single songwriter.

The deal, which covers Dylan’s entire career, from his earliest tunes to his latest album, “Rough and Rowdy Ways,” was struck directly with Dylan, 79, who has long controlled the vast majority of his own songwriting copyrights.

The price was not disclosed, but is estimated at more than $300 million.

“It’s no secret that the art of songwriting is the fundamental key to all great music, nor is it a secret that Bob is one of the very greatest practitioners of that art,” Lucian Grainge, the chief executive of the Universal Music Group, said in a statement.

The deal is the latest and most high-profile in this year’s buzzing market for music catalogs, as artists both young and old have sold their songs, while publishers and investors have raised billions of dollars from both public and private sources to persuade writers to part with their creations.

Last week, Stevie Nicks sold a majority stake in her songwriting catalog for an estimated $80 million to Primary Wave Music, an independent publisher and marketing company. Hipgnosis Songs Fund, a British company that has made a rapid run in the market in just two and a half years, recently disclosed that it had spent about $670 million from March to September acquiring rights in more than 44,000 songs by Blondie, Rick James, Barry Manilow, Chrissie Hynde of the Pretenders and others.

Dylan’s catalog, though, is a special gem, revered in a way that perhaps no other popular musician has achieved. His trove of songs have reshaped folk, rock and pop, and he maintains an almost mythic status as the bard of the current age. He was awarded the Nobel Prize in Literature in 2016 “for having created new poetic expressions within the great American song tradition.”

Yet to a degree that still surprises and shocks his audience, Dylan has long been aggressive about marketing his music, including pursuing licensing deals to place his songs in television commercials.

In 1994, Dylan let the accounting firm Coopers & Lybrand — predecessor of the current giant PricewaterhouseCoopers — use Richie Havens’s rendition of his 1964 protest anthem “The Times They Are A-Changin’” in a TV spot. Fans, media commentators and even other artists reacted in horror; Time magazine wrote about the controversy with the headline “Just in Case You Hadn’t Heard — The ’60s Are Over.”

The Coopers & Lybrand spot was far from Dylan’s last commercial license: He did a prominent deal for a Victoria’s Secret TV spot in 2004, and later worked with Apple, Cadillac, Pepsi and IBM. Two years ago, he launched a high-end whiskey brand, Heaven’s Door.

Since Universal now controls his work, Dylan will no longer have veto power over how his songs will be used. After the deal was announced early Monday, users on Twitter had a field day with corny puns suggesting how Dylan’s work could be exploited. “Pay Lady Pay,” one user quipped. “Tangled Up in Blue Cross/Blue Shield,” wrote another.

Still, Universal insisted it would be tasteful in its use of Dylan’s work.

Jody Gerson, the chief executive of Universal’s publishing division, said, “To represent the body of work of one of the greatest songwriters of all time — whose cultural importance can’t be overstated — is both a privilege and a responsibility.”

Dylan is the kind of writer whose work music publishers tend to salivate over. Not only has it stood the test of time, but most of his songs were written by Dylan alone and have been frequently covered by other artists — with each use generating royalties. According to Universal, Dylan’s songs have been recorded more than 6,000 times.

Music publishing is the side of the business that deals in the copyrights for songwriting and composition — the lyrics and melodies of songs, in their most fundamental form — which are distinct from those for a recording. Publishers and writers collect royalties and licensing fees any time their work is sold, streamed, broadcast on the radio or used in a movie or commercial. (The recent sale of Taylor Swift’s first six albums covered only that material’s recording rights. Swift signed a separate publishing deal with Universal in February.)

Streaming has helped lift the entire music market — publishers in the United States collected $3.7 billion in 2019, according to the National Music Publishers’ Association — which has drawn new investors attracted to the steady and growing income generated by music rights.

Dylan’s deal includes 100 percent of his rights for all the songs of his catalog, including both the income he receives as a songwriter and his control of each song’s copyright. In exchange for its payment to Dylan, Universal, a division of the French media conglomerate Vivendi, will collect all future income from the songs.

Music publishing has been a little-known cornerstone of much of Dylan’s career. The songs he recorded with the Band in 1967, for example, which were widely bootlegged at the time and later collected in Dylan’s 1975 album “The Basement Tapes,” were intended as demos to be shopped to other recording artists.

And much of Dylan’s business empire is operated through the Bob Dylan Music Company, a small office in New York that administers his publishing rights in the United States. (Elsewhere around the world, his catalog has been administered by Sony/ATV, which will continue to do so until the expiration of its contract in a few years.)

The deal includes more than 600 songs spread across a number of publishing companies that Dylan has had over the years. With the exception of his original Leeds Music deal — which included seven songs, among them “Song for Woody” and “Talkin’ New York” — Dylan eventually took full control of all his copyrights from those catalogs; Leeds was sold in 1964 to MCA, which became Universal.

The Universal deal also includes Dylan’s shares in a number of songs he has written with other songwriters, although of the more than 600 titles included in the deal, there is only one in which Dylan is not a writer, but still owns the copyright: Robbie Robertson’s “The Weight,” as recorded by the Band.

But the agreement does not include any of Dylan’s unreleased songs. It also doesn’t cover any work Dylan writes in the future, leaving open the possibility that he could choose to work with another publisher for that material.